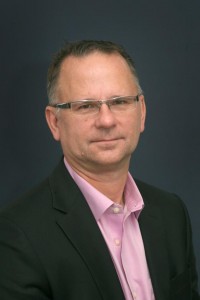 Michael C. Nagel PhD is an Associate Professor in the School of Education at the University of the Sunshine Coast where he teaches and researches in the areas of cognition and learning, human development and early learning, neurological development in children, adolescent psychology and the middle years of schooling.

Dr Nagel’s research and teaching interests extend across a number of areas but he is most interested in human development and the psychology of learning. His PhD research encompassed an international project that looked at the learning experiences of Australian and Canadian teenagers.

Prior to his arrival at USC, Dr Nagel spent time in the United States researching neurological development in children, with a particular interest in early and adolescent development and areas related to a sexually dimorphic brain. In 2006 his book entitled ‘Boys-Stir-Us: Working WITH the Hidden Nature of Boys’ was released in Australia which was followed in 2008 by ‘It’s A Girl Thing: Schooling and the Developing Female Brain’. His most recent books include, ‘In the Beginning: The Brain, Early Development and Learning’,  Nurturing A Healthy Mind: Doing What Matters Most For Your Child’s Developing Brain and ‘In the Middle: The Adolescent Brain Behaviour and Learning’.   All of Dr Nagel’s books have been heralded as an excellent and practical been of neuroscience, psychology and education for parents and teachers alike. Dr Nagel has also authored a number of book chapters for educational psychology and human development texts used in universities in Australia and abroad.

Michael has over 30 years experience in various forms of education on 3 continents. He has taught in various contexts in Canada and Australia, was the director of foreign language institute in Japan, has worked as a behaviour specialist with Education Queensland and has been involved in Australian tertiary education since his arrival from Canada in 1995.

Aside from his teaching and research activity at the University, Dr Nagel has also conducted workshops and seminars for teachers and parents at over 200 schools in Australia and abroad. In 2012 he was also selected by the Australian Middle Years of Schooling to be their travelling scholar.  He is also a regular speaker for Generation Next which presents Mental Health conferences throughout Australia.

Nominated as Australian Lecturer of the year each year since 2010, Dr Nagel has also won a number of awards for linking theory with the everyday realities of raising and working with children, and he is a feature writer for the Child series of magazines which offers parenting advice to more than 1 million Australian readers.

When he is not busy professionally he spends his time learning the important lessons of childhood and life from his own children, Madeline and Harrison.